The nodes and nodal return in astrology.

The nodal return can come at a time when we are trying to figure out what's best for us. It lead us to follow our dreams, break free of who we once were, or lead up to certain moments of destiny. Here's how to interpret the nodes in your chart.

The nodes of the moon are important in astrology. They can indicate certain times of your life, karma, where your soul is heading towards, and so much more. The moon’s nodes represent the orbit of the moon in astrology. Specifically where the moon’s orbit collides or intersects with the ecliptic (the sun’s orbit or “path” around the earth), and in doing so form the nodes of the moon. In western astrology, the nodes represent how we can find meaning and perhaps even purpose in our lives. They can also represent a certain sense of destiny or fate.

Also called Rahu, the Ascending Node, or the Dragon’s head, the north node symbolizes many things. In Vedic astrology, it is seen as what we hunger for. In evolutionary astrology, it is seen as where we are heading towards- what our soul longs to do. If you believe in past lives, the north node represents our future lives. It can also represent what we are bad at, what we wish to achieve, or highlight our greatest need or insecurity. It can also represent a certain sense of destiny- where we know we are bad at and need to improve upon. It can also represent an inner need that needs to be expressed. In short, it’s a goal, desire, and where we wish to be, or where we are heading towards.

Also called Ketu, the Descending Node, or the Dragon’s tail, the south node represents a fair many things, like our natural talents, our past lives, and what we are good at. It can also represent things we turn to when the going gets rough- it is familiar. It is what we know. While the north node is uncomfortable, because we are unpracticed at it, the south node is like a home. It is comfortable. We know it like the back of our hand. Because of this, it can also represent our bad habits. We can fall back on this because it’s easy, but that does not mean that we should. And I say this with four planets conjunct my south node! I get it, it’s tough!

A note on polarity

So here’s the crux of it: Polarity. I say this because we can accomplish the goal of the north node through the gifts and talents of the south node. We just have to be careful not to rely on these talents too much, so that we propel ourselves forward. So how does this work? Through polarity. The north and south nodes are opposite from one another, always in sign, and usually in house. Because the nodes are opposite from one another, there are lessons to be learned in both ends of the spectrum. And we can use both sides of the nodes to learn these lessons, not just in the sign, but also in the house of the nodes. Through polarity, we have the unique ability to look at where we are going, where we have been, and how to get there. We can see both sides of the situation. That is something that we are rarely afforded. And of course, we can’t forget any planets or angles conjunct or in aspect to the nodes, as this provides insight into how to achieve or remedy both sides of the spectrum.

When the nodes return to their sign and house in your natal chart, roughly every 18 years, this is called a nodal return. So when the nodal return hits, it can be a time of aligning with our soul. It can be a way of keeping track, making sure you are where you are meant to be headed, where you want to be headed. The nodal return can feel destined, particuarly in the lessons of the north node. This hits particuarly hard as we realize that we may need to give up the ways of the south node, in order to pursue something more fulfilling to us. It can be a start of awakening. The houses of the nodes represent where in your life the nodes impact you. The sign represents the ways they impact you. As we approach our nodal return, we are left with a choice- continue on as we always have, or branch out into the unknown. Because we are called to look at all our lives could be, and all they have been. The nodal return causes us to stop and assess: where do I want to be headed? Where do I want to go now? And that choice is entirely up to you.

There are other nodal points in the cycle of course, such as the squares or tines in transits, but the nodal return can highlight where you need to be going, a direction, destiny, and can also call to a lot of your values. It can also call you to think about things your weaknesses, or things you need to be working on. This can also be things you push under the rug, or just want to go away. As we hit our nodal return, we may discover the things we wanted most, or our biggest insecurity. The nodes can manifest in all types of ways.

I find that the nodes can also represent a great deal in terms of the timing of our lives. This could be in aspect to natal planets, or during something like a nodal return. They can certainly be a call to destiny for the individual. During one’s nodal return or in planetary contact or aspect to the nodes through transit or progression it can also come off this way, like a sense of fate or destiny. I would love to hear your story of your nodal return!

Thanks so much for checking out the blog! Sign up for the newsletter below to get a weekly recap of all things astrology! What would you like for me to cover next? 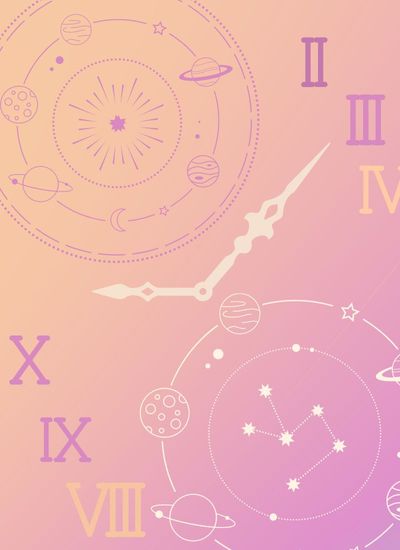 How to read your transit chart in astrology

How to interpret the moon phases in astrology 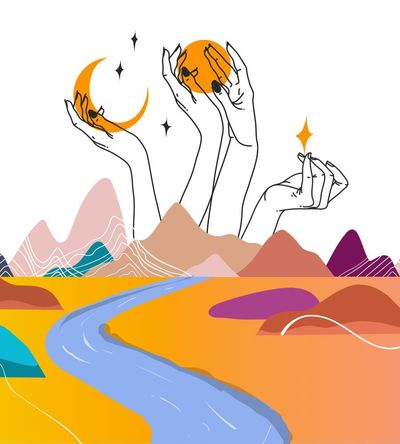 Others from The Nodes